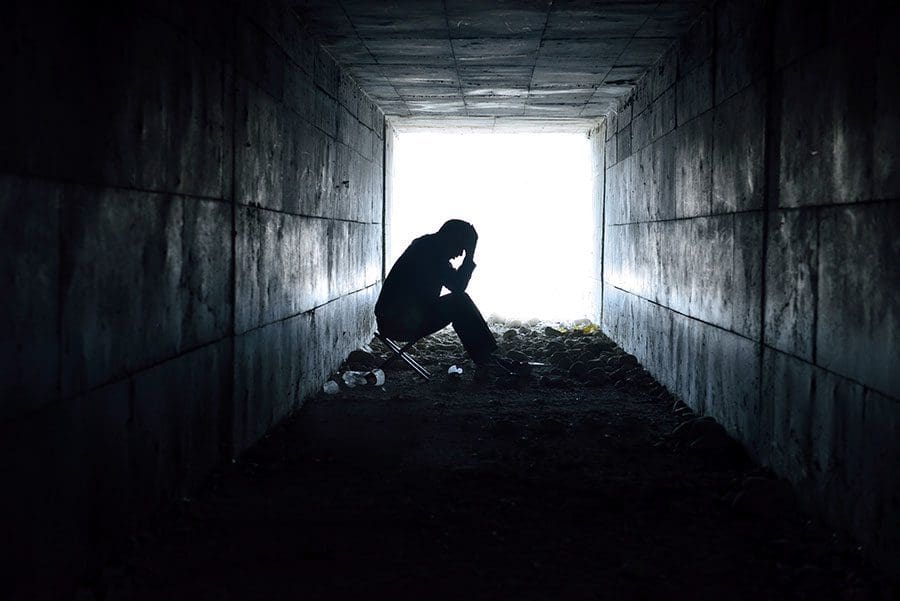 Traumatic experiences may be making you physically ill.

More common, though less obvious, is emotional trauma, which is often more devastating and far-reaching than broken bones, severed limbs and other life-altering injuries to the body.

Emotional trauma, left untreated, can doom you to a lifetime of serious issues that rob you of joy and fulfillment.

“Trauma affects us in all aspects of our life,” says Pamela, a Eustis-based licensed clinical social worker and certified addiction professional. “Untreated or unresolved trauma – whether its acute trauma, one time, or complex trauma over a long period of time – can exacerbate many problems.”

Unresolved emotional trauma can even make you physically ill.

“With mental health problems, from a trauma perspective, the body keeps the score if untreated,” Pamela says.

Greg knows. He was treated by physicians for acid reflux and sleep disorders but didn’t experience relief until a therapist helped him pinpoint and deal with long suppressed trauma. “My physical issues cleared up after months of therapy in which my therapist and I addressed buried memories of being abused as a child,” Greg says. “My therapist likened my childhood trauma to post traumatic stress disorder.”

How did Greg make the connection between physical ailments and painful memories buried deep in his psyche? He didn’t. He sought counseling because self-destructive behavior was imperiling his marriage. Improved physical health was an unexpected benefit from facing and being helped to understand being molested by someone he once trusted.

Greg says he never would have connected physical issues with unresolved trauma if he hadn’t sought professional help. That’s often the case.

Nicole is absolutely certain that her past trauma led to a sleeping disorder called Atypical Narcolepsy, stomach ulcers, and Graves Ophthalmolog, an autoimmune disease that triggered mononucleosis within a month after leaving a toxic marriage with a man who refused to seek help for trauma from four deployments that contributed to his post-traumatic stress disorder and traumatic brain injury. He self-medicated with alcohol. “At times it got very abusive to the point that I needed to leave with my children,” Nicole says. “Instead of choosing my home state, thinking he’d try to follow me, I decided Florida would be best where he couldn’t just show up. I had family here that was close by, thankfully.”

After being in that constant fight or flight mode Nicole’s body began to malfunction. This was her nervous system reacting to the trauma.

For many people with unresolved trauma, the symptoms are less severe than Nicole’s, yet must be addressed.

Of course, the average person in pain turns to the medicine cabinet or family physician. Some people go through life never knowing that their physical illnesses can be related to unresolved memories.

How do you find the right therapist?

Google. Type in “therapist near me,” “trauma” and “anxiety.”

View profiles at psychologytoday.com/us/therapists/fl/lake-county. Are they licensed? What other credentials do they have? What higher learning have they pursued? “Don’t just pick the first therapist that comes up,” Pamela says. “What are their reviews? What are their patients saying about them? What skills do they have?”

The concept that negative emotions can affect the physical body are not new. In 1872, Charles Darwin wrote that emotions are expressed in heartbreak and “gut-wrenching experience.”

“And then it became obvious that if people are in a constant state of heartbreak and gut-wrench, they do everything to shut down those feelings to their body,” says Dr. Bessel van der Kolk, author of “The Body Keeps The Score: Brain, Mind, and Body in the Healing of Trauma.”

Dr. van der Kolk says that many people turn to drugs and alcohol to shut down feelings of heartbreak and gut-wrench. Others shut down the emotional awareness of their body.

Severing the relationship with your body or treating trauma with drugs and alcohol merely prolong the inevitable.

Nonnie came face to face with that reality when her cousin was murdered by a classmate in the school they attended.

“Yes, some of us did counseling. I had to do it. I was in class and the teacher was watching the news and that’s how I found out my cousin was murdered. I was only in the 7th grade,” Nonnie says.

Nonnie shared her trauma with her clergyman for four months. She says the counseling helped.

Her cousin Robert wasn’t as fortunate. “He had a breakdown, and he hasn’t been the same since,” Nonnie says. “We tried to do counseling with him, but it didn’t work. He still blames himself for not protecting Billy.”

Nonnie may also have unresolved issues.

“We get to continue to have the trauma of remembering the day that our cousin died, or our son died or my brother died,” Nonnie says. “That’s the trauma that we have to deal with and it’s hard to forgive and forget. I pray every day that I can forgive this young man… I really have to pray for him because my cousin isn’t here, and I can’t talk to him. It’s hard every time I think about him and think about his smile and his jokes and his personality. It’s hard because he’s not here. I’ll never see what he would look like as an adult. I never will get to see him with my kids or with his children.”

Nonnie appears to be coping. Others, with less traumatic experiences, struggle mightily until they get professional help.

“They come to me because of poor job performance, or they can’t get along with people at work, they don’t want to go to work, they don’t have motivation, they’re anxious when they have to be around new people. It presents itself in all of those ways,” Pamela says. “When it gets to a place where it’s difficult to function, that’s when people normally seek treatment, or therapy.”

“It” is unresolved trauma. And most people don’t even realize “it” is triggering their problems. 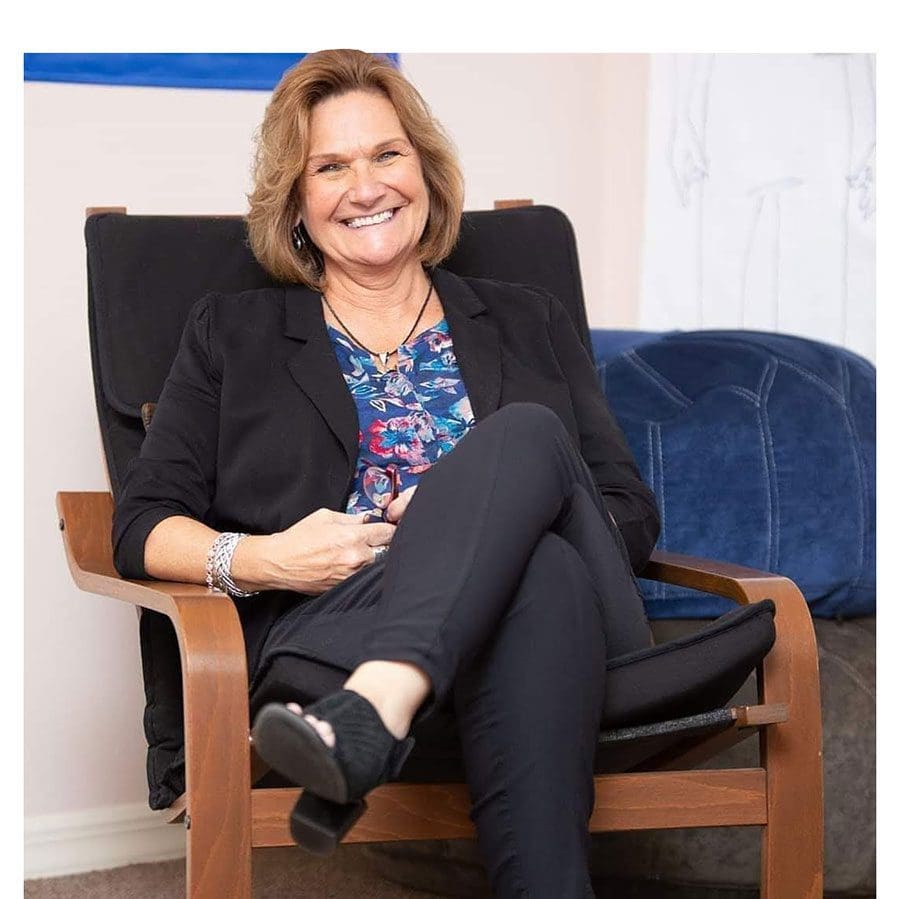 For example: “Let’s say your wife has a little bit of jealousy. And you go to a party and somebody happens to be standing next to you and your wife comes along and she’s just exploding because you’re talking to this other person. Well, you haven’t done anything, and you’re thinking, ‘Oh my goodness, what’s happening?’” Pamela says. “What’s happening is that in the current moment is triggered by some sort of fear, but there’s past experiences that make this current experience even more powerful because they’ve now combined. The nervous system has been activated because it remembers these old, unresolved feelings of jealousy – maybe betrayal, abandonment, feeling unlovable, all of that stuff comes charging in and you’re like, ‘Oh my goodness, I was just standing there ordering a drink.’”

Most people with physical ailments assume they need medication, not emotional healing.

“If I have persistent headaches and the doctor gives me a pill, and then it resolves my headache, I’m in the belief that’s my solution. That happens all the time,” Pamela says. “We’re conditioned in this country to take a pill to fix it. Unfortunately, pills may mask the real problem.”

So how do you determine if your pain is caused by muscle or memory? The answer is in the question.

“Know thyself. Be true to thyself,” Pamela says. “I do give credit to individuals. They’re pretty astute, they’re pretty in touch, there’s more to our story. We kind of know. Even though we’ve been conditioned to take care of the physical self, we kind of know there’s more to the story and we probably need to be doing more than that. I think those are the people who take the extra next step.”

Many people are reluctant to take that extra step.

“Usually, if I get a patient who presents with some mental health issues but they have multiple medical things going on, I try to break that barrier, to plant the seed that, ‘Hey, if I could get you to believe that the body keeps the score, do you think there’s a possibility that your history may be part of all of your medical concerns?’ That’s hard for them to let that land,” Pamela says. “So that’s where the trust and the rapport and the therapeutic relationship between the therapist and the patient come in… In general, in our culture, we’re taught to trust our physicians, that our physicians have the solutions for these ailments that we have. I’m not saying that they don’t but it does promote a gap between there might be a different avenue, there might be a different resolution, there might be additional things we could do besides going to the doctor, taking a pill and masking the problem.”

Those who take the extra step are faced with the daunting task of finding the ideal person to guide them to well-being. Pamela admits that finding the right therapist can be a challenge. “It’s like a needle in a haystack,” she says.

“Personally, I believe that we can all use a good therapist. But all therapists are a little bit different. We all have our own styles and finding a qualified skilled therapist is key because if you have unresolved trauma and you’re going to see a therapist that’s not trained and skilled at identifying or uncovering that trauma then the therapeutic benefit may be lost. Having the right fit of therapy and the skills of the therapist is key in the healing process.”

Pamela is certain she’s the right person to help the Gregs, Nicoles and Nonnies. “I believe you really need a trained, skilled clinician when it comes to these very intense trauma experiences so that you can really have somebody who’s skilled at helping reduce the disturbance of this overactive nervous system,” Pamela says. “You could go to therapy for 10 years and have a therapist who never talks about the nervous system.”

*Editor’s note: Names have been changed. All interviewees either live in Lake County or lived here recently.