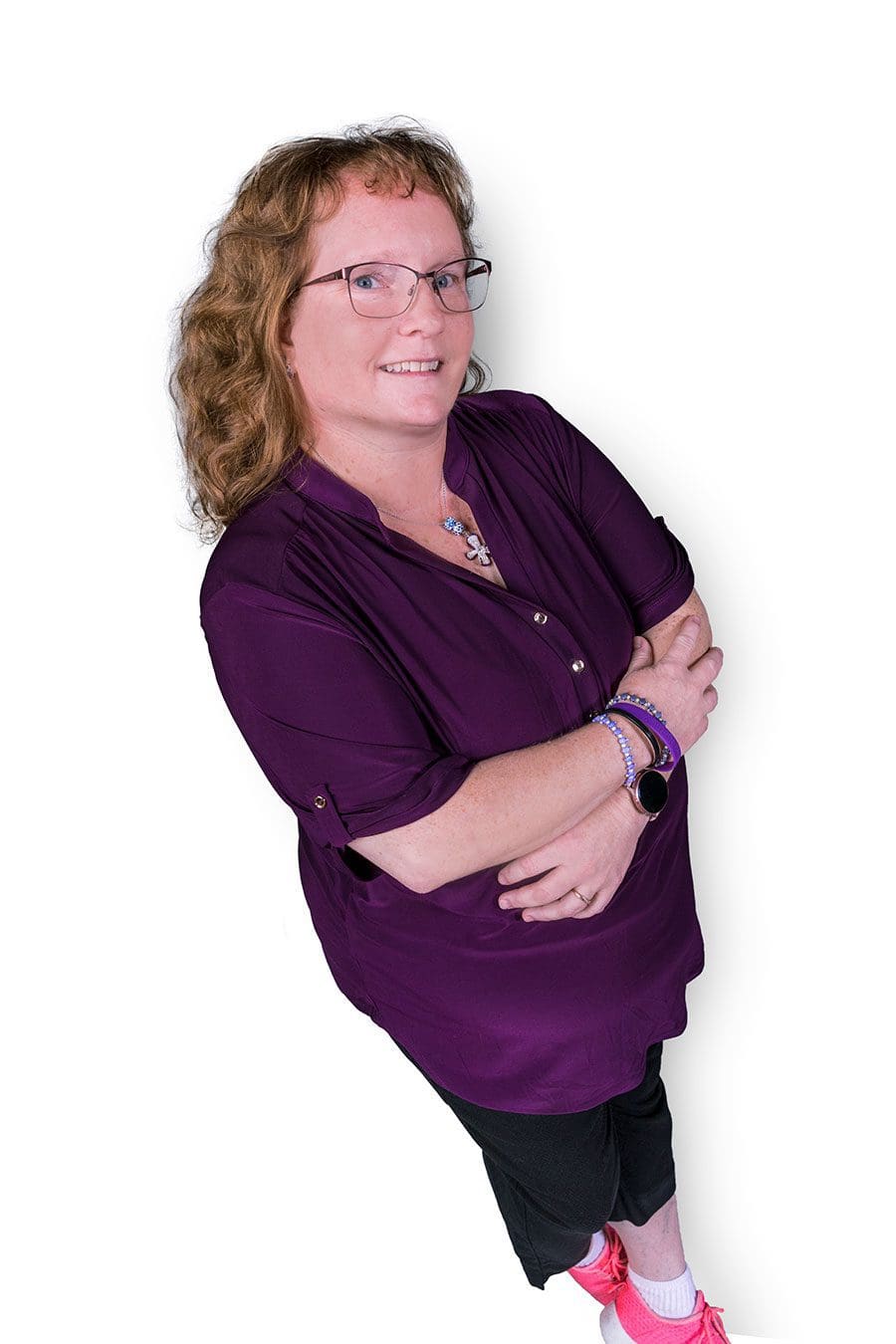 Those emotions hit Mary Jo Zylowski like a ton of bricks as three dreadful words came out of her doctor’s mouth eight years ago.

A tumor had reared its ugly head on her thyroid, a butterfly-shaped gland in the neck that produces hormones to regulate heart rate, blood pressure, body temperature and weight. It was a paralyzing moment. Things that consumed her life minutes before suddenly receded far into the background as she faced completely new and terrifying territory.

“When you get that diagnosis, you cannot help but to think the worst,” says Mary Jo, a resident of Fruitland Park who was 39 at the time of her diagnosis in 2012. “I instantly started wondering if the cancer had already metastasized. Could it be in my voice box or other parts of my body?”

Fortunately, the cancer was localized. Her thyroid gland was surgically removed, and she never underwent chemotherapy or radiation. Today, Mary Jo lives a normal life, working full-time as an environmental service technician at UF Health Leesburg Hospital and spending quality time with her husband, Tom, and 16-year-old son, Conner.

These days, countless other females are battling to earn that same title. While many women schedule mammograms each year to be screened for breast cancer, some do not realize that thyroid cancer is on the rise. In fact, it is the fastest-growing cancer in women as measured by number of new cases each year, according to the American Thyroid Association. The American Cancer Society expects 52,890 new cases in 2020—40,170 in women and only 12,720 in men. The disease typically occurs in females who are in their 30s and 40s.

Nobody can say for certain why women are more suspectable to thyroid cancer, but theories exist.

“We do know women are more prone to autoimmune diseases, and that could precipitate an inflammatory state,” says Dr. Robert L. Purdon, a radiation oncologist at the Robert Boissoneault Oncology Institute, which has five offices in Central Florida, including Lake County and The Villages. “Some believe autoimmune diseases may make women more suspectable to getting thyroid cancer. But that’s just a theory.”

“Women need to know that there are other kinds of cancers out there other than breast cancer.”

The good news is that this type of cancer is rarely a death sentence. The five-year survival rate for thyroid cancer patients is 98 percent, according to the American Society of Clinical Oncologists. Moreover, the cure rate with surgery alone is excellent, allowing many patients to avoid having to undergo chemotherapy and radiation.

“When people hear the word cancer, they assume the worst,” Dr. Purdon says. “But thyroid cancer is a well-behaved cancer that is highly controllable and usually has an excellent prognosis. The key is having a good team. You need a surgeon who is familiar with thyroid surgery. You need a family doctor or endocrinologist who understands thyroid hormone replacement and follow-up care. And you need a radiation oncologist who can administer iodine when indicated.”

Treatment for thyroid cancer varies. When there is a small lesion and no suspicion of additional tumors, a lobectomy can be performed where only half of the thyroid gland is removed. If patients have larger lesions or received radiation for benign or malignant disease during childhood or their teens, the entire gland is surgically removed.

Patients who have had their thyroid gland removed require thyroid hormone replacement for the rest of their lives. This once-a-day pill replaces natural hormones produced by the thyroid gland. For Mary Jo, finding the proper dosage was the most frustrating aspect of her thyroid cancer battle.

“I felt fatigue and experienced restless nights for a while,” she says. “Your body is adjusting to a surgery and also adjusting to no longer having a thyroid gland. This medication has to be adjusted up and down until the right dosage is found.”

Depending on their situation, some post-surgical patients may require additional treatment. When indicated, Dr. Purdon administers radioactive iodine, which is absorbed into the bloodstream and destroys microscopic areas of thyroid cancer not removed during surgery.

“The majority of patients won’t need radioactive iodine pills,” he says. “There’s criteria for those who do need the pills. Usually it’s because they have a larger cancer, extensive lymph node involvement or the cancer has attached to surrounding structures like blood vessels, nerves or thyroid cartilage.”

Dr. Purdon says thyroid screening is usually only recommended for people who have a family history of thyroid cancer. That was the case for Mary Jo, whose mother battled thyroid cancer years ago. Mary Jo’s cancer was discovered during a routine visit to her gynecologist.

Patients in early stages of thyroid cancer do not experience symptoms. However, as the cancer develops, patients may experience symptoms such as a lump or nodule in the front of the neck, hoarseness, difficulty speaking or breathing, swollen lymph nodes and pain in the throat or neck.